The federal government is passing a new version of the country’s well-known Erneuerbare-Energien-Gesetz (EEG) or Renewable Energy Sources Act.

It has been a tumultuous few months for the German energy sector, as Russia’s war on Ukraine continues to cause ripples in energy security and supply across Europe. Nevertheless the federal government has taken steps this summer to continue the progress it has made in recent years on renewable energy, with the passing of a new version of the country’s well-known Erneuerbare-Energien-Gesetz (EEG), or Renewable Energy Sources Act. The new Act came into force on the 30th of July, having been delayed due to last year’s federal elections. While some of the provisions are effective immediately, the majority will apply from January 2023, giving the German energy sector time to prepare for some quite impactful changes.

EEG 2023 underlines Germany’s commitment to renewables not only by extending targets and support for the sector, but also by, for the first time, legally stipulating that construction and operation of renewable energy systems in the "overriding public interest" and "serves public safety". Thus, the importance of a transition towards renewable energy sources now has a black-and-white endorsement in the eyes of German law, which may be relevant in future legal disputes, local and national policy considerations and other important decisions. Overall, the position of renewable energy as a sector is now stronger, both legally and politically.

If there is one thing that Germany has learned in the aftermath of Russia’s invasion of Ukraine, it’s that it needs to scale up its energy independence, and fast. Therefore it is no surprise to see in EEG 2023 an increase in target megawatt levels looking ahead to 2030, across both wind and solar.

The solar sector, which receives quite a lot of attention in EEG 2023 will see an increase in targets to 22 GW per year. The new act also contains wide-ranging incentives for household PV systems. The new expansion rates for onshore wind energy are more modest but nonetheless significant - 10 GW per year. Overall, a total of around 215 GW of solar power and 115 GW of wind power should be installed in Germany by 2030.

As you might expect, these planned increases will be supported by an increase in tender volumes up to 2028. Additionally, in what will be a welcome change for German producers, the regulatory process for new projects will be accelerated. One way this will be put in place is a new obligation for grid operators to provide an online portal where system operators can submit their applications for their planned PV generation system. Digitising and standardising this process, along with a deadline by which the grid operator must process the request, will undoubtedly modernise and accelerate what has been a lengthy process to date.

EEG 2023 also heralds some changes in the renewable feed-in tariff structure in Germany, particularly for photovoltaic system operators. Starting 30th July of this year, there are increases in feed-in tariffs for all newly commissioned PV systems. Additionally, in the new EEG, there is now a distinction between two types of PV system: those with full or partial self-consumption (partial feed-in) and those that fully feed in the electricity they produce to the grid. There are different levels of tariff that then apply depending on which category the PV system falls into, with remuneration higher for full feed-in systems. It’s important to note - these new feed-in tariff rates are subject to approval by the European Commission, therefore the old rates apply for the time being. New rates will be settled retroactively when approval is finalised in Brussels.

Another important change for the feed-in tariff in general is a pause placed on the annual reduction rate of the feed-in tariff, or "atmender Deckel" - “breathing cap''. This managed reduction, which has been in place since EEG 2012 and aims to control the expansion of renewable energy systems, has been halted until February 2024. After this, feed-in tariff rates will reduce by 1% every 6 months.

A final finance-related provision of the EEG 2023 is the removal of the long-standing EEG surcharge, which German electricity consumers have been paying since 200 with the aim of funding renewable energy expansion. Most recently, the EEG levy was 3.72c per kWh, so this charge will not be on German energy bills going forward. German consumers can’t start celebrating just yet however, as it is likely that this reduction will be swallowed up by surging energy prices this winter. 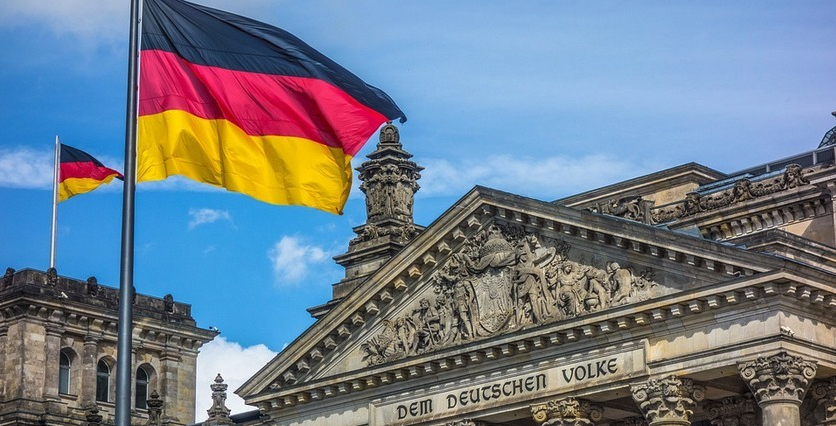 Contracts for Difference still on the shelf

There has been much discussion in the country recently about the introduction of a new “Contracts for Difference” subsidy model for renewable energies, however this was eventually removed from the draft EEG 2023.

The differences between a CfD system and the current EEG system in Germany become apparent when the market prices achieved by a producer are higher than their fixed feed-in tariff. Under a CfD, the producer will need to pay back the difference to the offtaker, as opposed to keeping the extra profits, as it is under the current EEG system. A CfD-style system already exists in the UK and France for example. There are differing opinions on the fairness of this system compared to the current model in Germany - on one hand it may stabilise marker prices somewhat, and reduce the price burden on German electricity consumers. However, some may argue that such a model would remove incentives for certain efficiency improvements like battery technology or technically-advanced system management. It is a topic that will undoubtedly be revisited in discussions regarding future versions of the EEG.

A final important point to note regarding EEG 2023 in terms of future expansion of renewables in the country is the final decision that was made regarding wind power in southern Germany.

A so-called “southern quota” had previously been mooted in order to boost wind project development in the south of the country. This would have been essentially the special treatment for tenders in the southern region, however it was ultimately removed from the final EEG text. Instead, the desired expansion of wind power in southern Germany is to be achieved by improving the correction factors for poor wind locations. It is also expected that the previously mentioned increase in the volume of tenders in the years leading up to 2030 will encourage expansion of wind turbine projects in the south.

To conclude, Germany’s commitment to expansion of the renewable energy sector is evident when looking at EEG 2023. In particular, the huge focus given to PV, in terms of expanded targets and more attractive tariffs means that both industrial and small-scale PV is set to boom in the country in the coming years. Renewable energy rollout is now much more than just an environmentally-friendly improvement for the German economy - it could be viewed as a matter of national security in light of the country’s need for energy independence. This increased importance placed upon the sector is evident in EEG 2023.