With surging energy markets around Europe, and winter fast approaching, pressure is mounting on EU member states to tackle the issue of high power prices. Some important changes appear to be imminent, and here we break down the latest news.

What’s the news? Widespread changes may be in store for the European electricity sector in the coming months, with confirmation coming in recent days that European Commission president Ursula von der Leyen and a host of EU governments are backing a comprehensive review of how power prices are set in the bloc. President von der Leyen confirmed in a speech last week that the Commission is “working on an emergency intervention and a structural reform of the electricity market.” This comes amid soaring electricity prices in recent months, following on from Russia’s invasion of Ukraine.

What is being reviewed?

The proposed reforms centre around the way in which electricity wholesale market prices are determined in the EU, with the current “merit order mechanism” coming under scrutiny. This mechanism introduced a marginal pricing system to the market. Currently, the cheapest power producers feed their electricity production into the market first, while the final tranches of demand are met with the bids of the most expensive generators. Crucially however, market prices are set based on the marginal costs of these most expensive generators.

As the majority of European countries still rely on fossil fuels for power generation, and the most expensive of these in recent months has tended to be natural gas, the final price of electricity in Europe is often set by the wholesale price of gas. This system was initially intended to encourage the adoption of green energy sources, however after gas prices skyrocketed in late-2021, and became even more volatile following the onset of the Russia-Ukraine war, the system has come under increasing criticism.

Major European economies such as Spain, Portugal, Greece, France, Italy and Belgium have led the calls for a “decoupling” of electricity and gas prices, with countries that produce high volumes of renewable energy feeling particularly aggrieved, given the disproportionate nature of the cost of electricity production versus the costs that consumers are forced to pay.

The Greek EU delegates recently submitted a proposal for a power market redesign to Europe, calling for a “new market model” that differentiates between “resources that operate when available and not on-demand and on-demand resources, based on their respective contribution to the electricity mix”. This distinction, essentially between renewable and fossil fuel sources, could result in 50% lower electricity prices, given that the diminishing share that on-demand resources such as gas hold in the overall mix will be better reflected in the final price.

Another of the proposals on the table, according to Czech Industry and Trade Minister Jozef Sikela is the implementation of a “ceiling on prices of gas used in the production of electricity. This will be a functional and less costly solution that should reduce prices." It remains to be seen whether or not there are some short-term temporary fixes on the table, or if the focus is on a permanent restructuring of the market.

Market interventions can have unintended consequences, as seen recently with Spain and France. Earlier this summer, Spain and Portugal secured from Brussels a one-year decoupling agreement that saw them set a maximum price of gas at about €50/MWh. While this change is generally seen to have reduced power prices in the Iberian markets, it also resulted in a spike in electricity exports to France, where prices remained higher. This ultimately meant that Spanish taxpayers, who are funding the cap, were paying for French consumers to have lower electricity costs. A Europe-wide solution would avoid a situation like this however, as all bloc members employing similar market restrictions could help avoid such price imbalances. 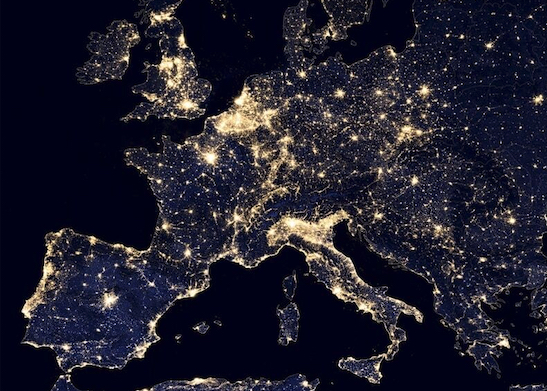 What are the next steps ?

An extraordinary meeting of EU energy ministers will take place this Friday the 9th of September, with further details sure to be discussed. Understandably, important reforms such as these will take considerable time to design, and while it may come too late for European consumers this coming winter, President von der Leyen has pledged “profound structural reforms” to the market at the start of 2023.

We need a new market model for electricity that really functions and brings us back into balance”, the EC President said.

European producers, buyers and consumers will undoubtedly look on with interest.